Easy, Homemade, Flaky, and Buttery Pie Crust — The name says it all, doesn’t it? You simply cannot beat the flavor and texture of a homemade pie crust, regardless of what kind of pie you are baking!

Homemade pie crusts are often seen as difficult to perfect and not worth the effort when you can simply buy pre-made crusts, but mastering your pie crusts is easier than you think!

My version features a rich, buttery, and flaky crust that comes together in a little time. Follow this recipe, and you won’t be able to go back to store-bought pie crusts again!

Obviously, there are so many pie crusts on the web that I almost don’t want to add mine to the list. But I know most people are still yet to settle on a favorite. So here goes my reliable and forgiving pie crust recipe. Who knows? This can soon become your favorite!

This pie crust can be made with or without a food processor; no matter how you choose to make it, the recipe is still easy, the dough is easy to roll out, and the crust is wonderfully flaky.

This recipe makes two crusts, enough for a double-crust pie or two single-crust pies. If you need a single pie crust recipe, simply divide the recipe in two.

Making a Flaky Pie dough with a food processor

A well-made pie crust is firm and crisp; at the same time, it’s tender, light, and flaky.

It’s very easy to make the pie dough without a food processor.

The fat – Butter or Shortening?

The pie is made tender by the addition of fat. The addition of enough fat prevents gluten from developing and helps to create the flaky effect.

The question from most people is whether to use butter or shortening? Now let’s talk about the two:

The water helps to bind the dough. You need just enough water to bind the dough and make the water ice cold!. If too much water is added, it will cause the gluten to develop, and this will, in turn, result in a chewy bread-like texture. Also, too little water will prevent the dough from holding together.

Blind baking simply means partially, or completely, baking the pie crust before adding the filling. The baked crust and then be re-baked with an uncooked filling or fill it up with cooked filling and serve.

Blind baking helps the crust to stay firm because the moisture in some filling can make the crust soggy before it has time to bake.

How to Blind Bake

This recipe takes around 1 hour to complete.

How is pie crust made?

It can be a little weird to think of how pie crust is created if you’ve never made it! In the end, it’s just like other baking—sugar, butter, flour, and liquid.

Can pie crust be frozen?

Yes, and this is still better than the store-bought crust, though it will certainly be best if used soon after making it! It will be good for up to one month after freezing.

When to pre-bake pie crust?

If a recipe calls for pre-baked crusts, you need only allow enough time to make the crust and give it time to cool on the counter before baking it the rest of the way with the filling.

Why pie crust cracks or crumbles?

The most common issue you’ll find with pie crust is cracking or crumbling. This is, unsurprisingly, due to dryness. Simply adding a little water (specifically ice-cold water) will help the cohesiveness of the pie crust. 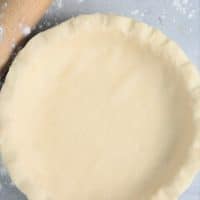 Easy, Homemade, Flaky and Buttery Pie Crust — The name says it all, doesn’t it? You simply cannot beat the flavor and texture of a homemade pie crust, regardless of what kind of pie you are baking!
5 from 3 votes
Print Pin Rate
Servings: 2 Pies
Calories: 1031kcal 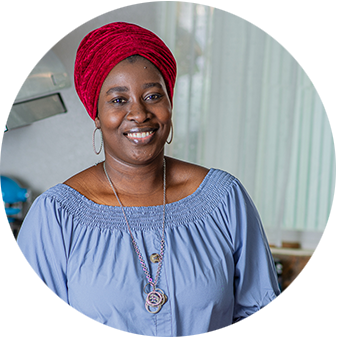