This Honey glazed No Yeast baked donut is very delicious and easy to make. It’s moist and warm on the inside and it tastes absolutely delicious. The classic doughnut I grew up with is the old-fashioned yeast-raised.  However, the baked donut is something I got to fall in love with 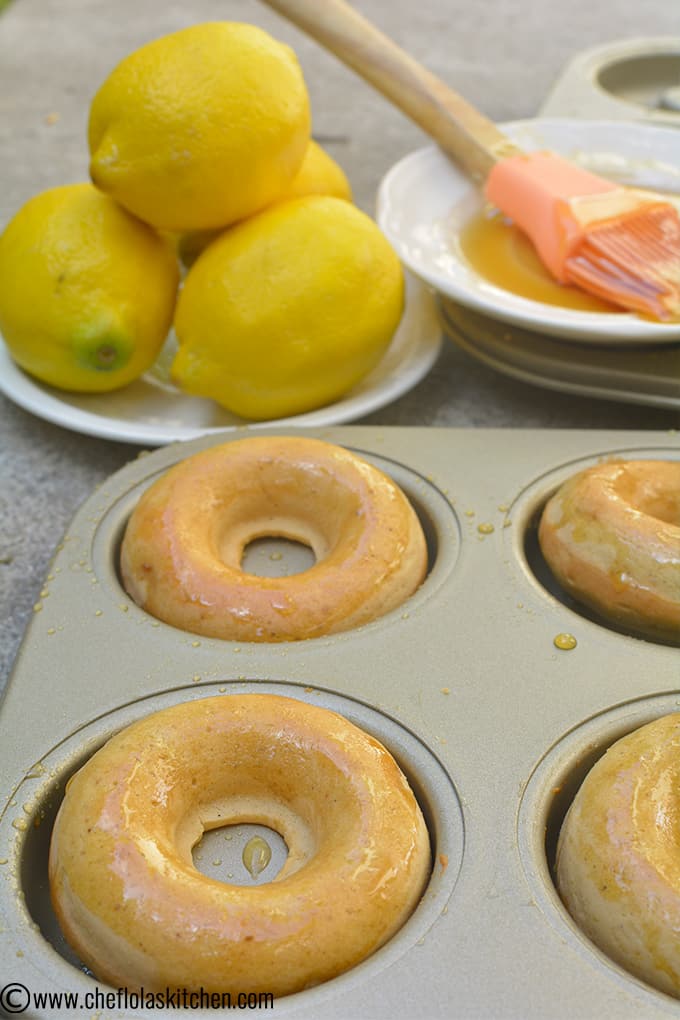 This baked donut recipe requires just a few ingredients and it takes a few minutes to put together. All you need to achieve a nice baked donut is a doughnut pan, a mixing bowl, a hand whisk and simple ingredients like the All purpose flour (obviously), Sugar (I used brown cane sugar. Any sugar will work) and other simple ingredients you are likely going to have in your pantry.

I know many of you have been asking me for the longest time for this recipe. I’m sorry it came in a little bit late, but, no better time than the present so let’s get baking! First things first, preheat using a pastry brush, I’ll start by greasing my doughnut pan, with a little bit of butter and set it aside.

Measure out the all-purpose flour in large bowl. It’s noteworthy that, when measuring out the Flour, the measuring cup should be leveled not heaped. If you are used to the metric measuring system, then you can check out the conversion in the recipe box below.

Add the baking powder and a little bit of salt and some cornstarch. You may be wondering why is cornstarch added in this recipe? or better still, why is cornstarch added during baking? I know a lot of people know that Cornstarch is known to be used to thicken up sauces right? It is also used to soften the protein in all-purpose flour which will make your baked goods more tender. Give the ingredients a good whisk and set it aside.

In a separate bowl, cream butter, and the brown sugar until it becomes creamy. Once the mixture is creamy, it’s time now to add our spices – I used cinnamon and nutmeg which gave my doughnut a bold but not overpowering taste. However, you can use either one.  Don’t forget to scrape down the sides of the bowl so that everything can be well combined.

When everything comes together perfectly, it’s time to add the eggs one at a time beating the mixture after each addition until it is well absorbed by the mixture. 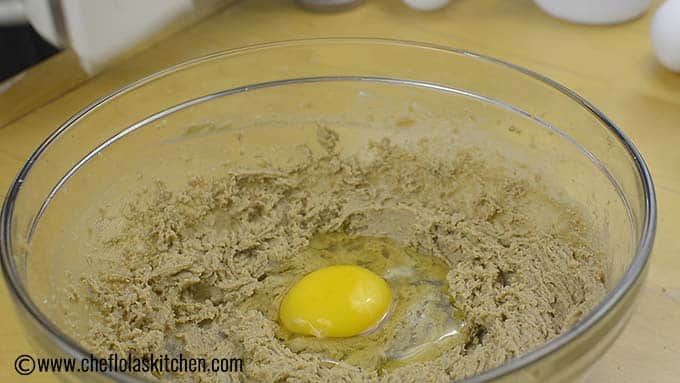 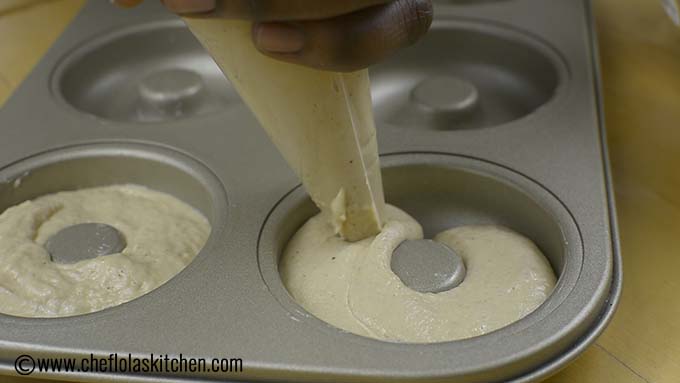 Place in the oven and bake for about 12 to 15 minutes. When this is done it’s only the underside that will turn out golden. If you want the top to brown a little, it’s okay to flip to other side (if you want to).

This extra step is optional but I like to do it anyway because it makes it look good! Apparently, it has nothing to do with the texture or taste.

I also want you to know this. Sometimes, the baked donuts tend to have a mind of their own.

They may not want to get browned on the flip side. If this happens to you, don’t push it. I mean don’t be tempted to over bake the donuts otherwise your doughnuts will dry out in the oven and turn out hard. Glaze with the honey lemon glaze and Enjoy! 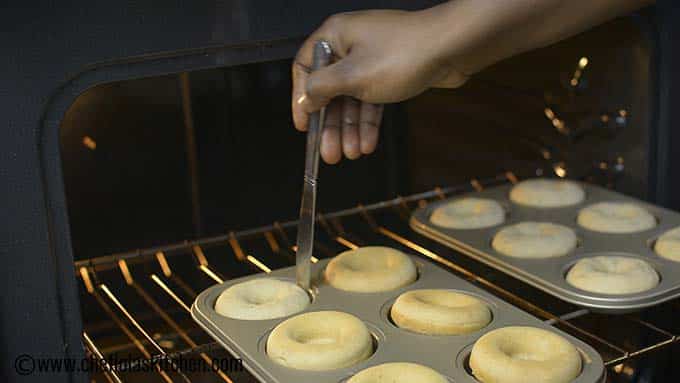 I used honey and a tiny bit of lemon and yes everyone could not have enough of it.  You can go all out to experiment and use any glaze of your choice and you can also finish up with sprinkles if you’d like to. 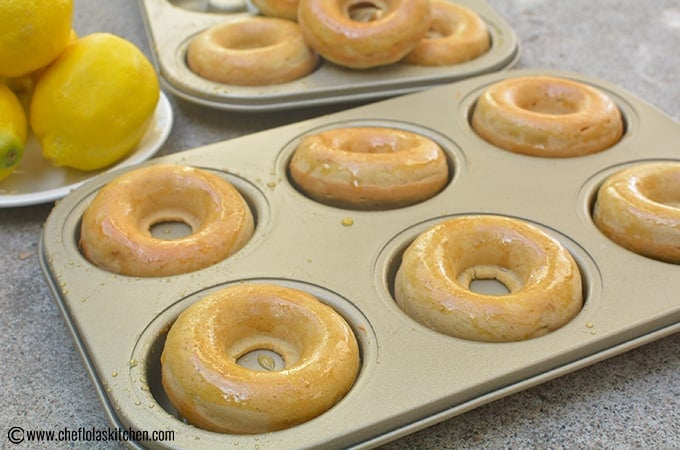 You can also involve the kids in making this yummy baked donuts, they will have fun putting it together.

This doughnut is best enjoyed when still hot and fresh

I have also provided a detailed video on how to make this easy baked donut recipe below: 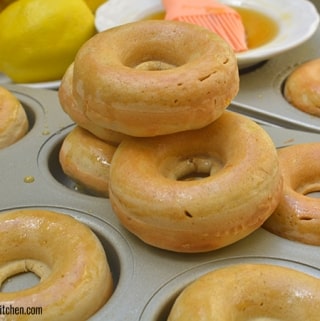 Ingredients for the Baked Donuts

I bought this pan. You would have thought a receipe would be there to, Thanks so much, Pinned you to my board Easy to Bake. I bake alote with yeast so gonna look at you're other receipe, Nicely done. Straight to the point.

Hello ma, pls should I use a evaporated milk?

Yes, Fanna you can but sure to dilute it a bit before using it.

Hi Bukie, it will last for a day...Its shelf life is just like the yeast doughnuts. The texture will change on the second day and will not be as fresh again.