How to make better Moin Moin (Moi moi) – Why is my Moin moin mushy? I have heard this question over and over again and I will like to address it today. Moin moin is quite easy to make but it can be quite tricky if you don’t know the basics. I will be sharing some tips on how to make Moin moin moist and firm.

When I say moist, I don’t mean mushy, who likes a mushy Moin moin anyways? I mean the Moin moin that is not dried out and crusty and this usually happens when the baking method is used to prepare the Moin moin without taking proper precautions; and when I say firm I mean Moin moin that holds together and don’t fall apart when served. 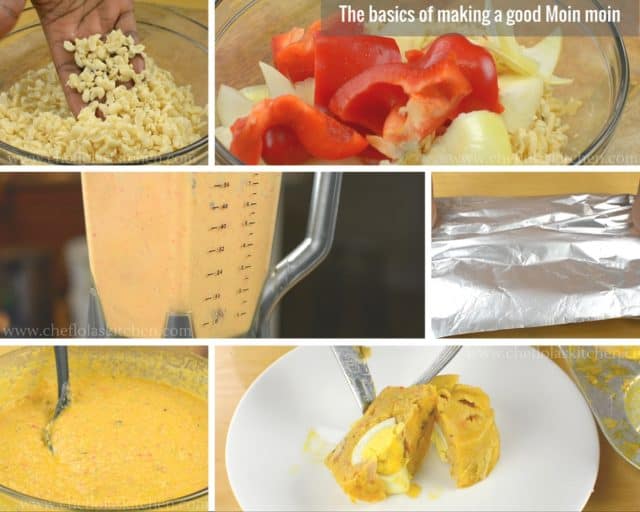 Now, lets go into the basics of how to make Moin Moin

1. Soaking the Beans: I know we need to soak the Beans before peeling it, but sometimes even after the peeling, the Beans can still be hard, be sure to soak the Beans again in water until it’s soft.Don’t be in a rush to blend. If you blend the Beans when its still hard it will come out grainy and that will prevent the Moin Moin from binding together well when you cook it.

3. Excess Water:  It’s very important not to let your Moin moin be too watery. If the water content in the moin moin is too much it will not bind together when you cook it, hence, your moin moin will turn out mushy.

4. Sealing the moin moin: It’s a good idea to seal up the moin moin properly before cooking it, this will prevent the steam from settling over the it and this steam can also seep through it during the steaming process and this can ruin the Moin moin.

5. Undercooked Moin moin: This is a mistake that is often made as well. Some Moin moin recipes calls for 30 minutes cooking which is fine but you need to take into consideration the type of container used in this recipe. The smaller containers will definitely cook faster than the ones cooked in a large container Cooking it halfway will also result in a Mushy Moin Moin.

7. If the steaming method does not work for you, try the baking method. Yes it’s that easy, experiment on the method that suits you and stick to it.

After after all said and done, if you have tried all the above and your moin moin is still not binding together, feel free to beat in 1 or 2 raw eggs together with your blended beans before cooking it. The Egg will serve as a binder and thus help your Moin Moin to stay in shape.

Can I use grinded pepper JL(Ata gungun) to make ewa aganyi sauce? And how do I make it. Thanks in advance

Umm how long do I soak the beans before blending

I will recommend that you soak the beans for at least 1 hour. Remove the coating and follow other procedures. You can even soak the beans overnight for softness.

Hello please what's the best beans to use for bean flour?

I will recommend black-eyed peas (white beans) or honey beans.

I noticed that whenever I mix my moi moi, it begins to bubble. And when it's cooked it gives a sour after state.

What do you think maybe the problem?

@Mimi, I also think you might get too handsy in the process...try not to over work the mixture with bare hands...this is what worked for me tho

Hmm... I guess you've soaked it for too long before peeling or blending. Try reducing the soaking time. If you are not ready to blend you can put it in the refrigerator.

okay I was thinking I can add fresh tomato in it 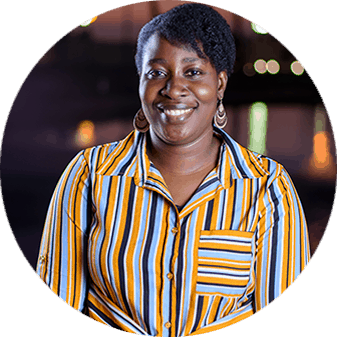